By learning how to manage your anger, you can learn how to make better choices in life. Unfortunately, sending domestic abusers to anger management classes will not get them to stop beating their romantic partners and other family members.

Domestic abusers can usually manage their anger well enough. That’s why they are domestic abusers, as opposed to being common criminals. They don’t beat up their boss at work. Instead, they beat up their wife or girlfriend and possibly their children or even their elderly parents at home. Clearly, they know how to manage their anger. What they don’t know how to manage is their power. This is why anger management training does not stop domestic violence. The U.S. Department of Justice’s Office of Violence Against Women understands this fact. For this reason, it will not allow its grants to be wasted on anger management programs.

Anger is the feeling that you get when something is blocking your progress. Someone or something is standing in your way. Anger gives you the drive to get over, around, or through that obstacle. Without this drive, you would not succeed in anything. But if you don’t know how to handle your anger, you can ruin your own life, as well as other people’s lives. 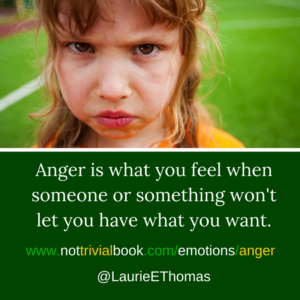 Anger is one of the seven basic human emotions that cause everyone, the world over, to make the same facial expression. Even if you cannot speak someone’s language, you can tell when they are angry, just by the look on their face. This fact tells you that anger is produced by some very primitive circuits in the brain. Animals also feel something similar to human anger. The difference is that human beings can learn how to control their anger and to use it productively.

What is anger management?

Anger management is one of the basic life skills that every human being must learn. Toddlers are bad at managing their anger, which is why they throw tantrums. As we mature, we learn how to calm ourselves down, to become more reasonable, and to control our own behavior. As a result, we become less and less likely to fly off the handle.

Many victims of domestic violence try to avoid making their batterer angry. However, the typical perpetrator of domestic violence does not have an anger management problem in general. He (or sometimes she) does not beat his boss up at work. He might not even get into fistfights with other men in public. Instead, he merely beats up weaker people at home. So he can manage his anger very well. What he needs to learn to manage is his power. He needs to learn how to use his superior strength for good, not for evil.

In general, men tend to be bigger and stronger than women. For this reason, battered wives and girlfriends are far more likely than battered husbands or boyfriends to end up in the hospital—or even dead—as a result of domestic violence. Thus, men tend to have physical power over their wives and girlfriends. Because of the background of sexism within society, men are also likely to have a narcissistic sense of entitlement. (In Don’t Feed the Narcissists! I explain the relationship between narcissism and domestic violence.) Abusers feel that they have a right to use violence to control their women and children. They also know from experience that the violence works, at least in the short run.

The batterer’s goal is to get someone else to behave submissively. Most people will instinctively react submissively if they are being beaten up. It’s a survival mechanism. Unfortunately, this reaction gives batterers a sense of triumph, which encourages them to repeat the bad behavior. Thus, it sets up a vicious circle. The more vicious the abuse becomes, the more terrified and submissive the battered partner becomes, and the more gratification the batterer gets out of battering. As a result, the violence can spiral out of control. If the target of the abuse resists or tries to leave, the abuse may get even worse, possibly even deadly.

To understand domestic violence, you need to know something about the behavior of chickens. If you raise a flock of chickens, the hens will quickly work out a “pecking order” amongst themselves. The hens will fight amongst themselves for access to food and water and the best places to lay their eggs. Hens fight mainly by pecking at each other, which means poking and biting with their beak. A hen will peck at the hens that she thinks are weaker than she is. As a result, you end up with a “pecking order” in which the toughest hen will peck anybody, and the weakest hen gets pecked by everybody.

Since men are stronger than their wives and children, they are often at the top of the pecking order in their own household, even though they may be on the bottom of the pecking order at work. That’s why men who seem to be able to control their anger at work can be downright brutal at home. This problem can be solved only by someone who is higher in the pecking order than the batterer is. The problem is that those people are generally not taking effective action.

Falling Through the Cracks

In one study, published in 2014, researchers identified 517 incidents of family violence that had been witnessed by children in the United States in the previous 2 years. Only 130 of these incidents were ever reported to the police, and the police investigated only 103 of those cases. Only 61 of the events led to an arrest. Charges were filed in only 43 cases. Only 10 of the perpetrators ever spent any time in jail. The rest of the perpetrators learned through experience that their violent behavior goes unpunished.

What Is the Solution?

We still do not know the best way to stop domestic violence. But we do know what doesn’t work. Ignoring the problem doesn’t work. Neither does blaming the victims. Neither do anger management classes. The abusers already know how to manage their anger, at least in public. What they really need to learn to manage is their power and their sense of entitlement. They need to understand that they do not have the right to brutalize the other people in their family.